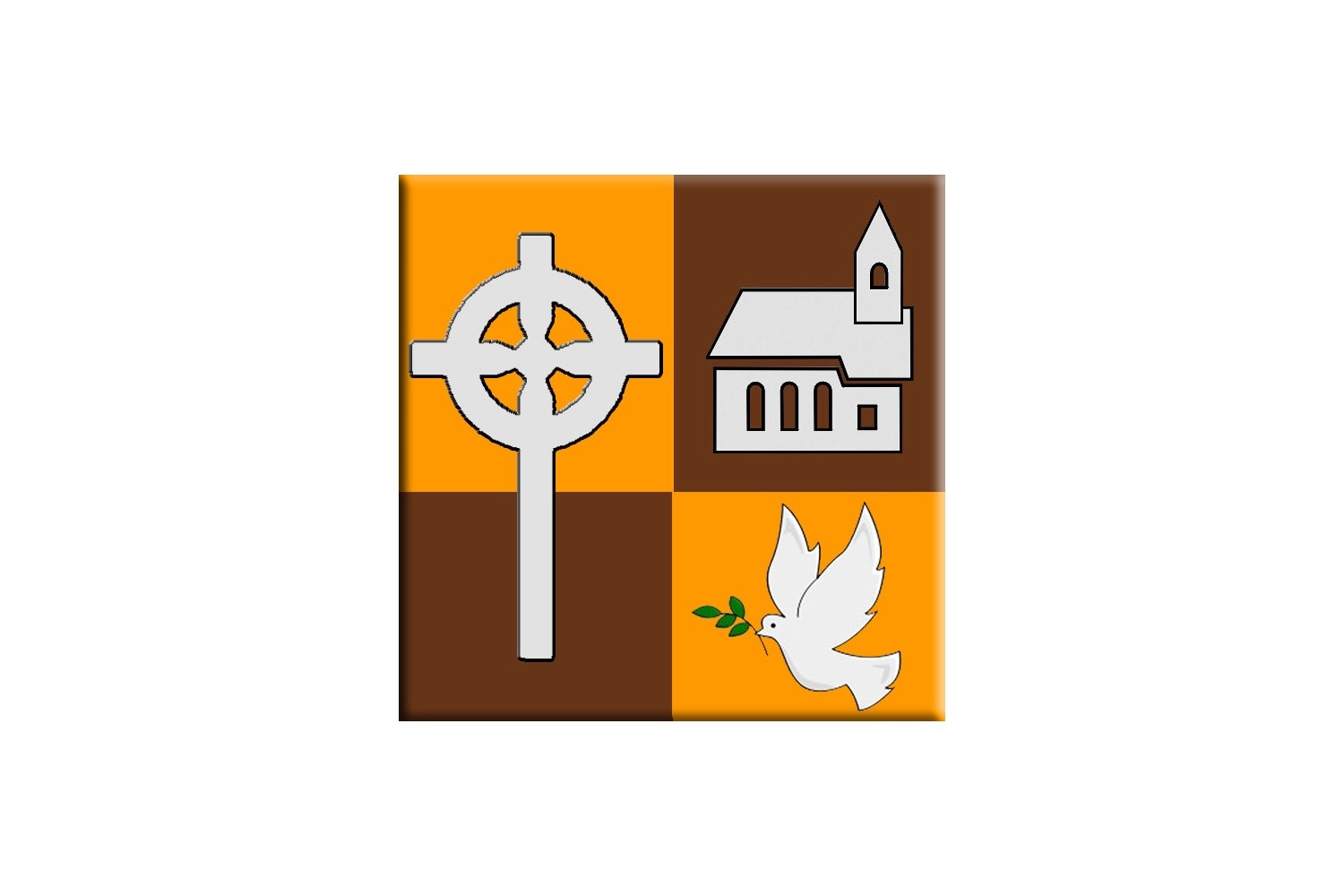 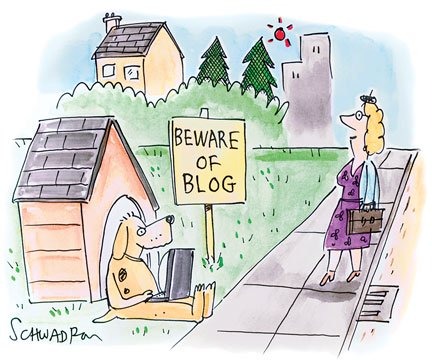 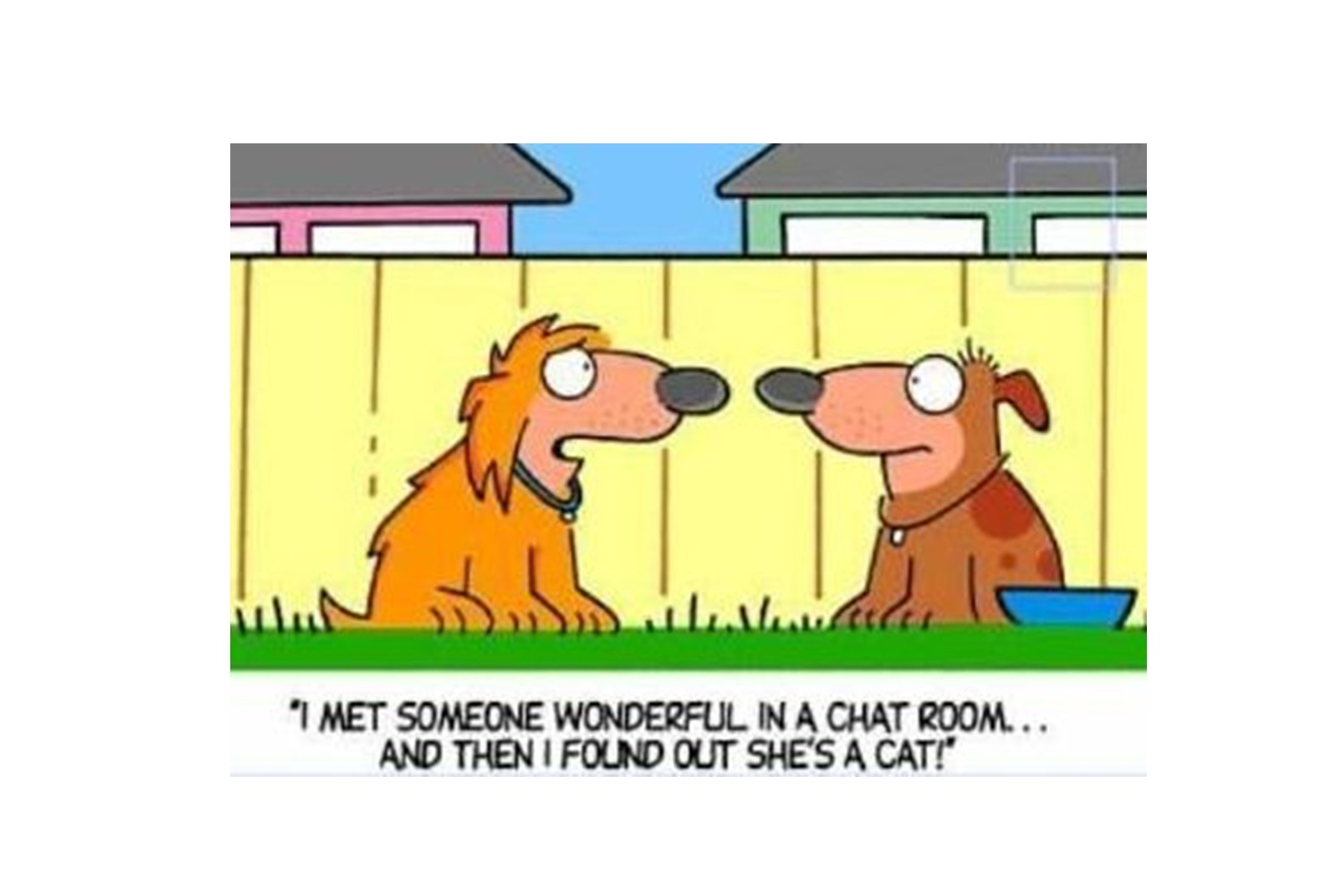 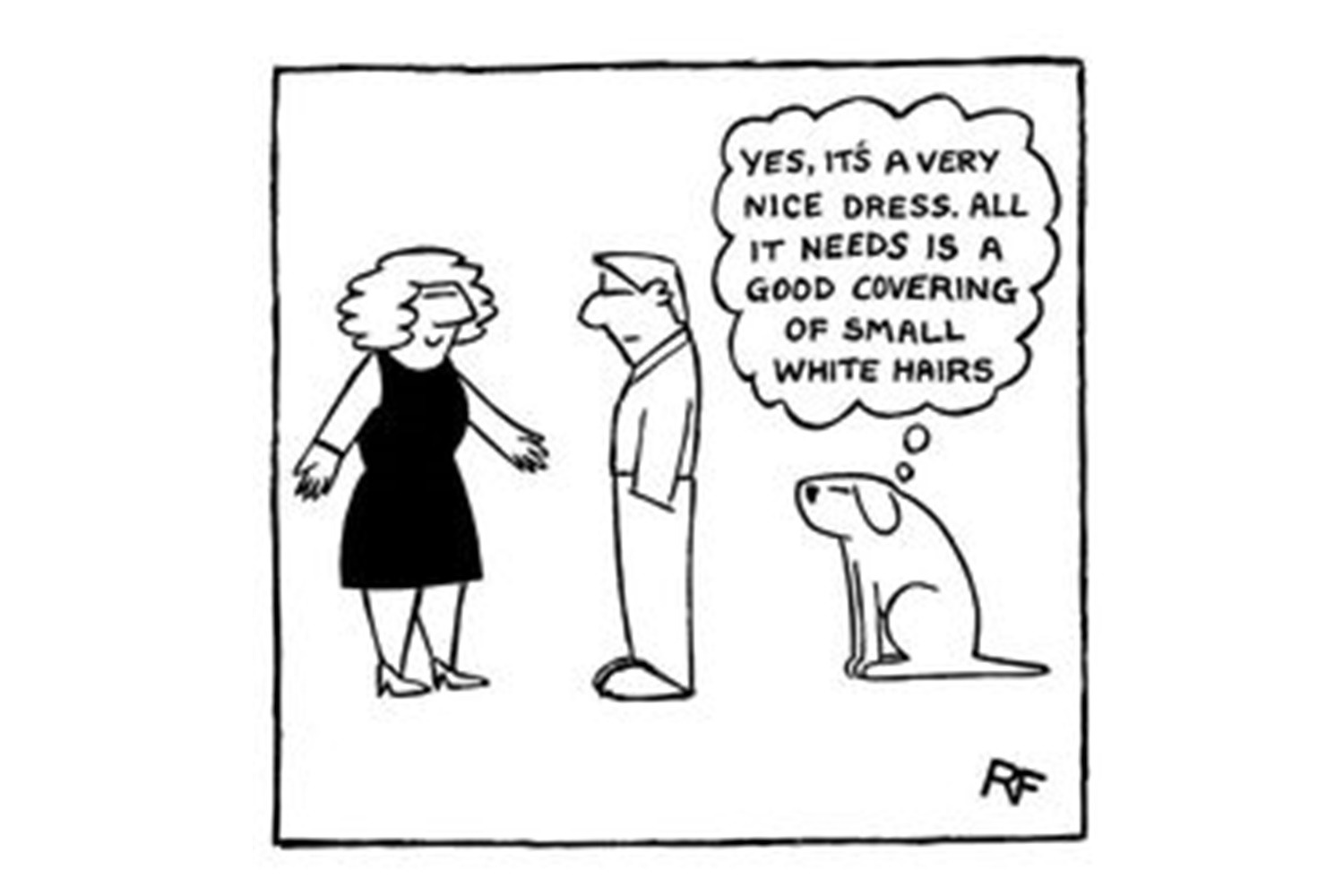 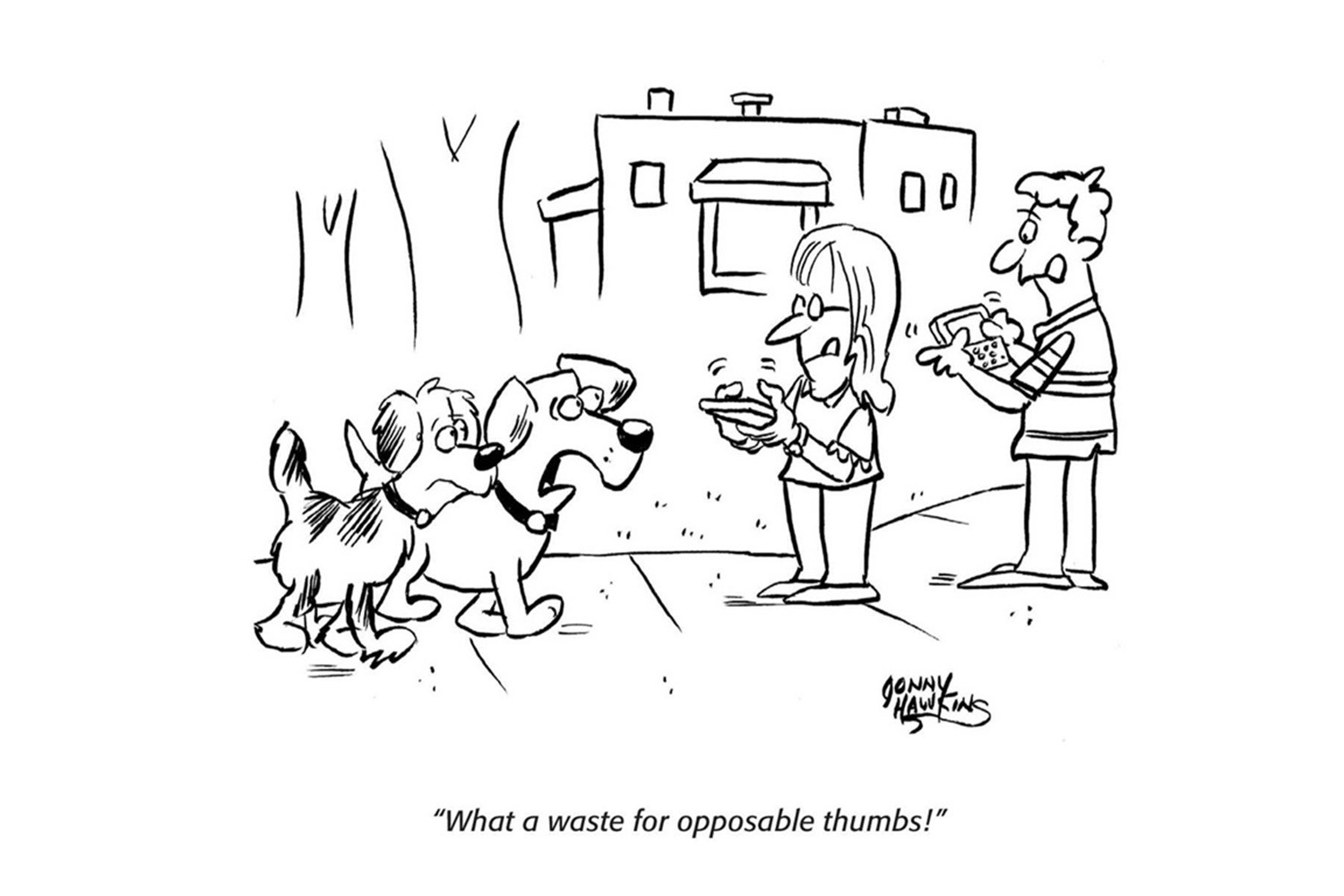 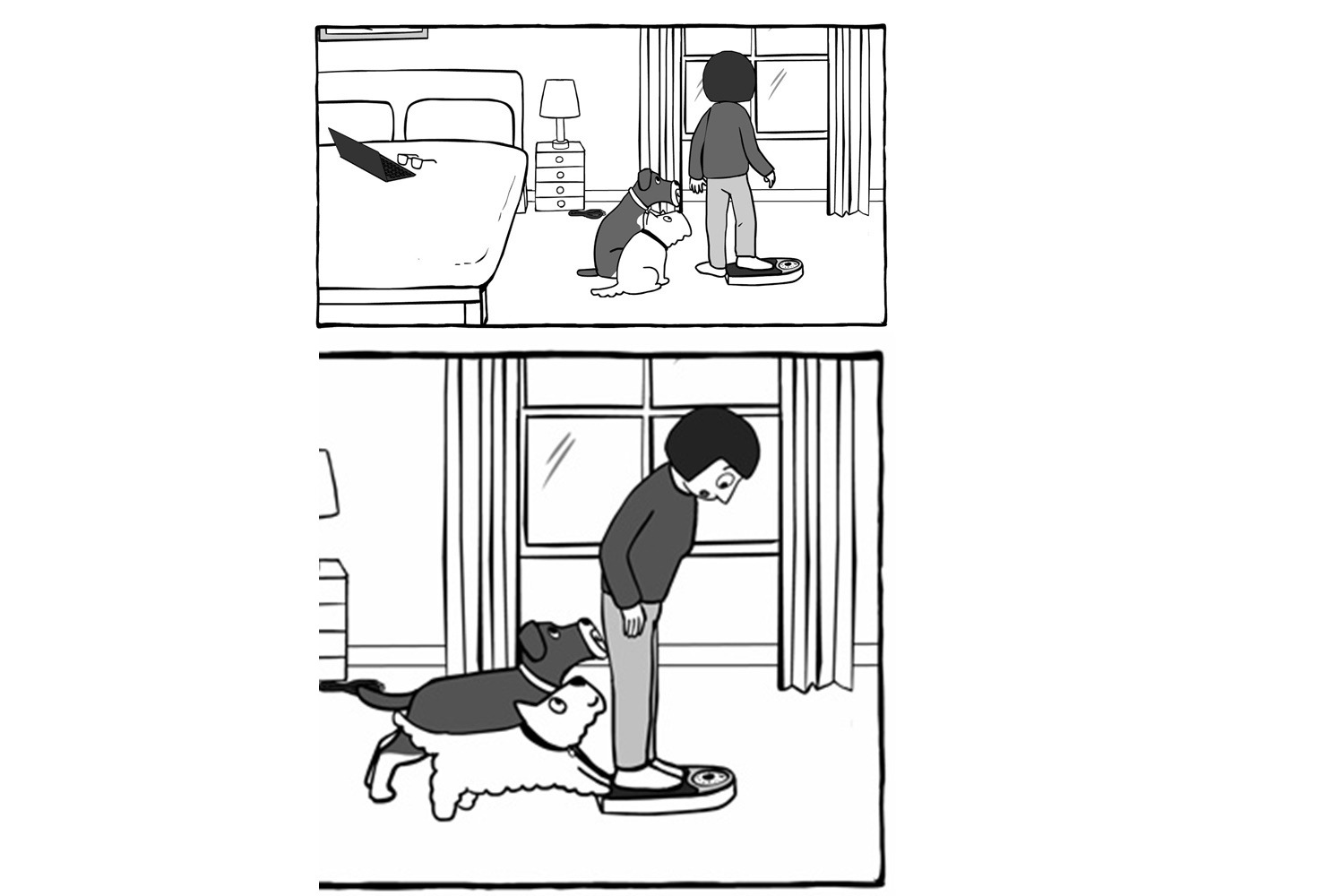 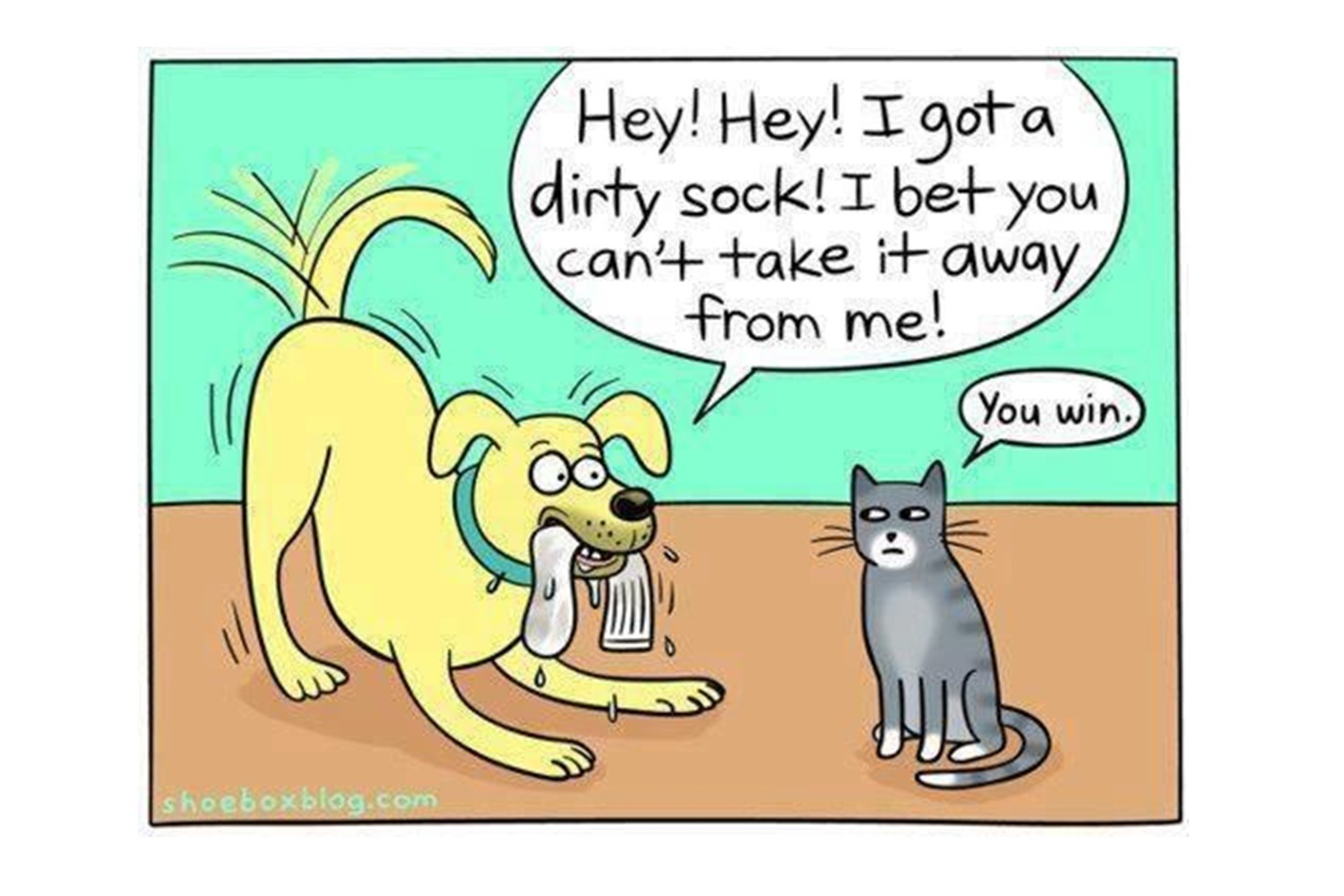 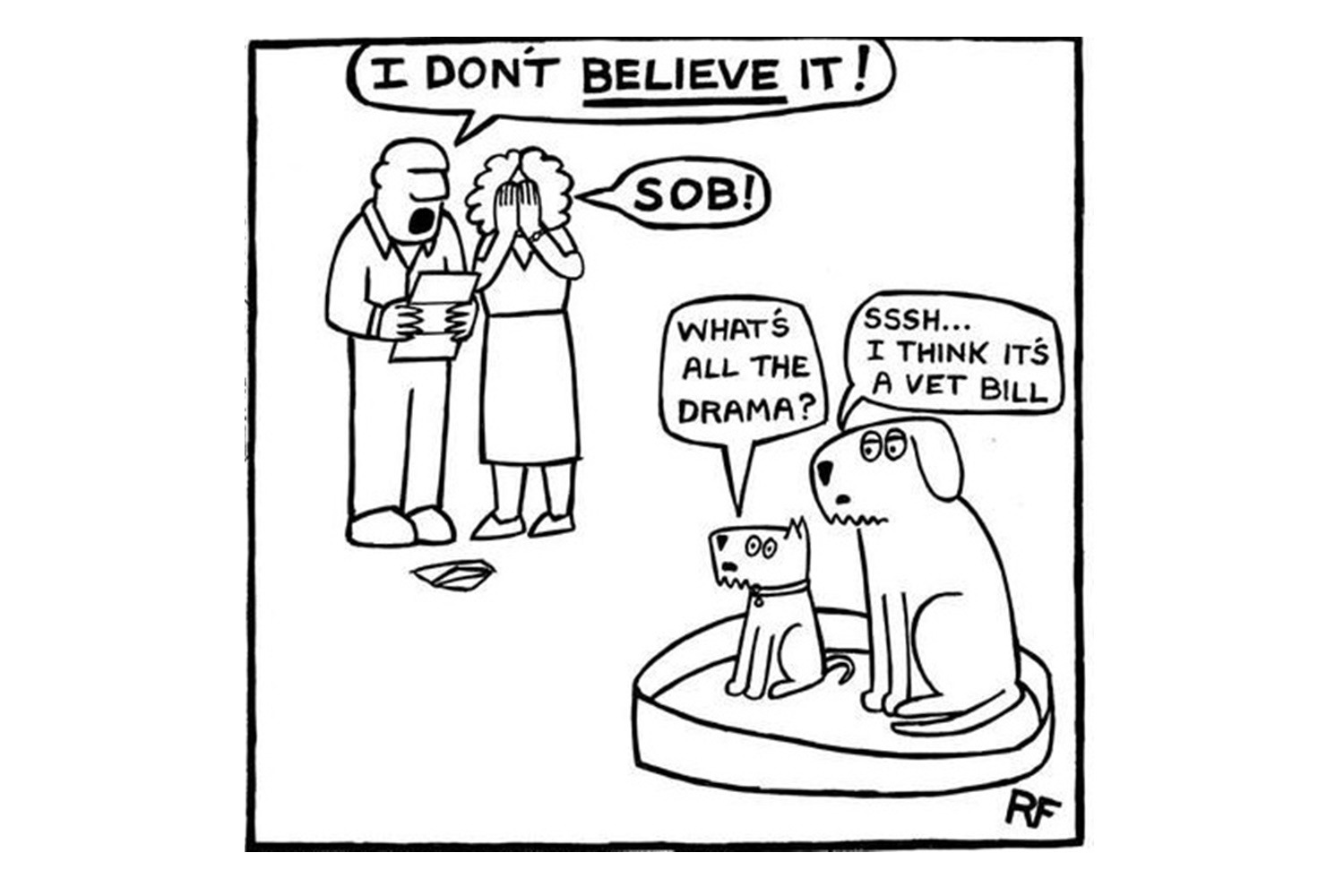 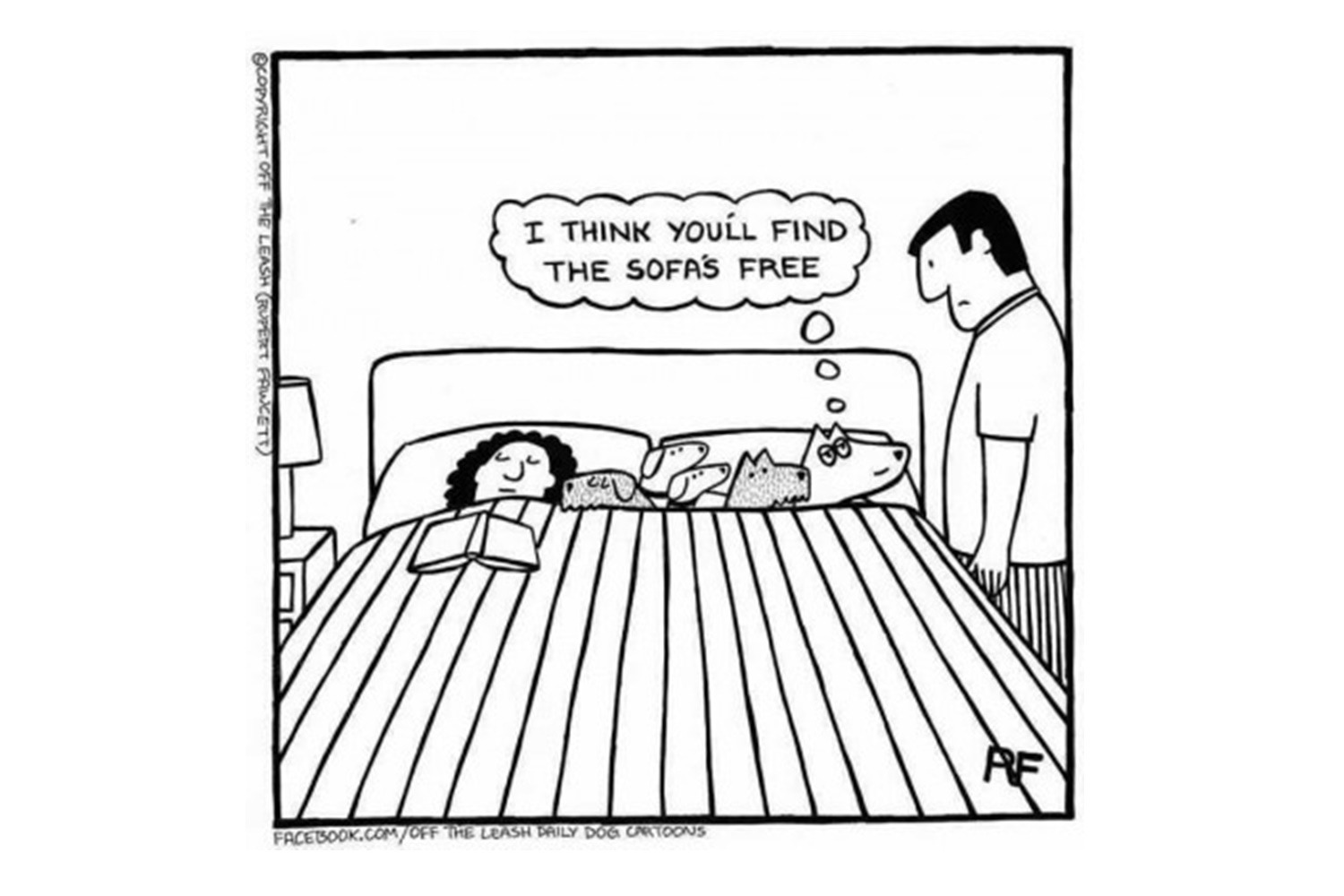 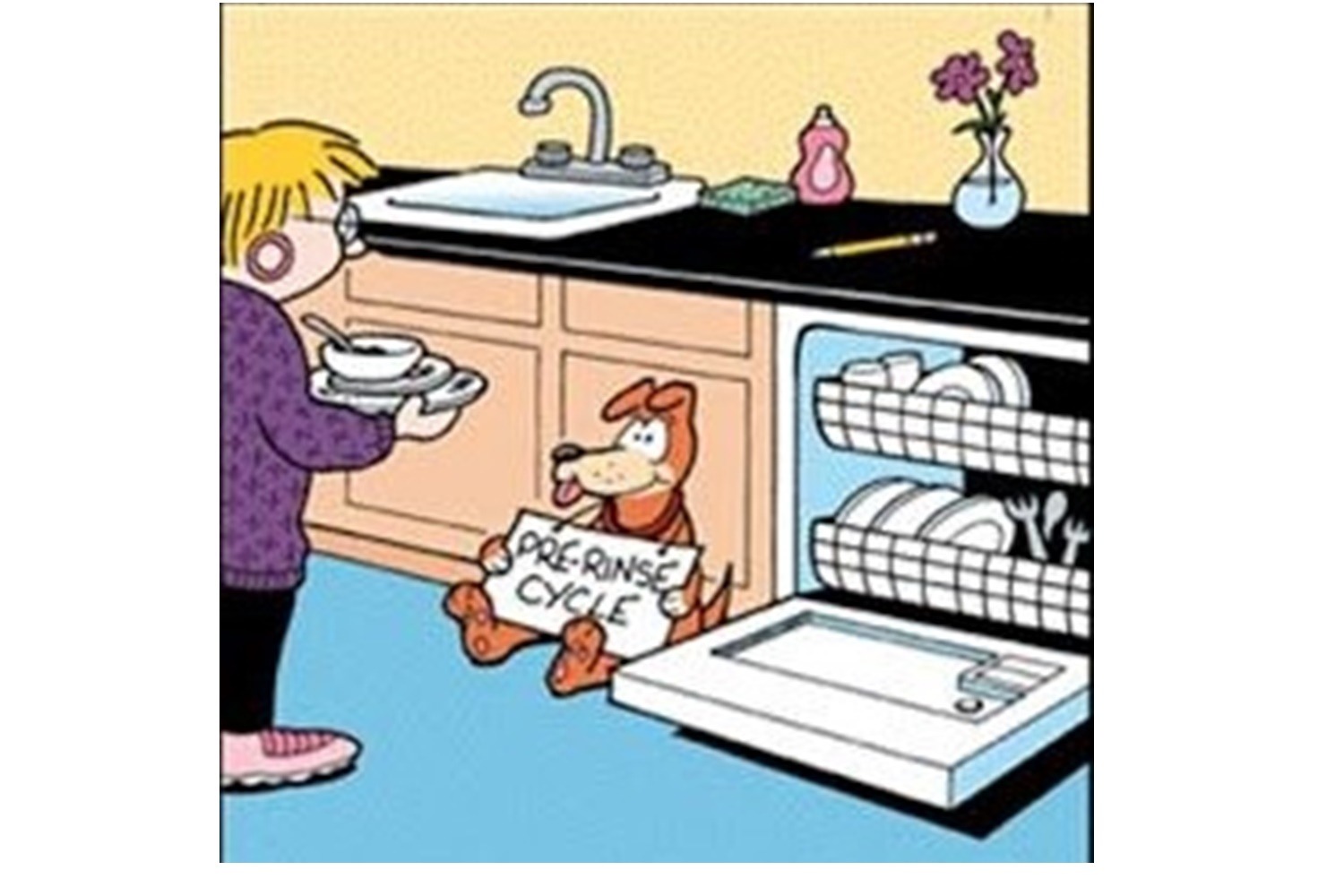 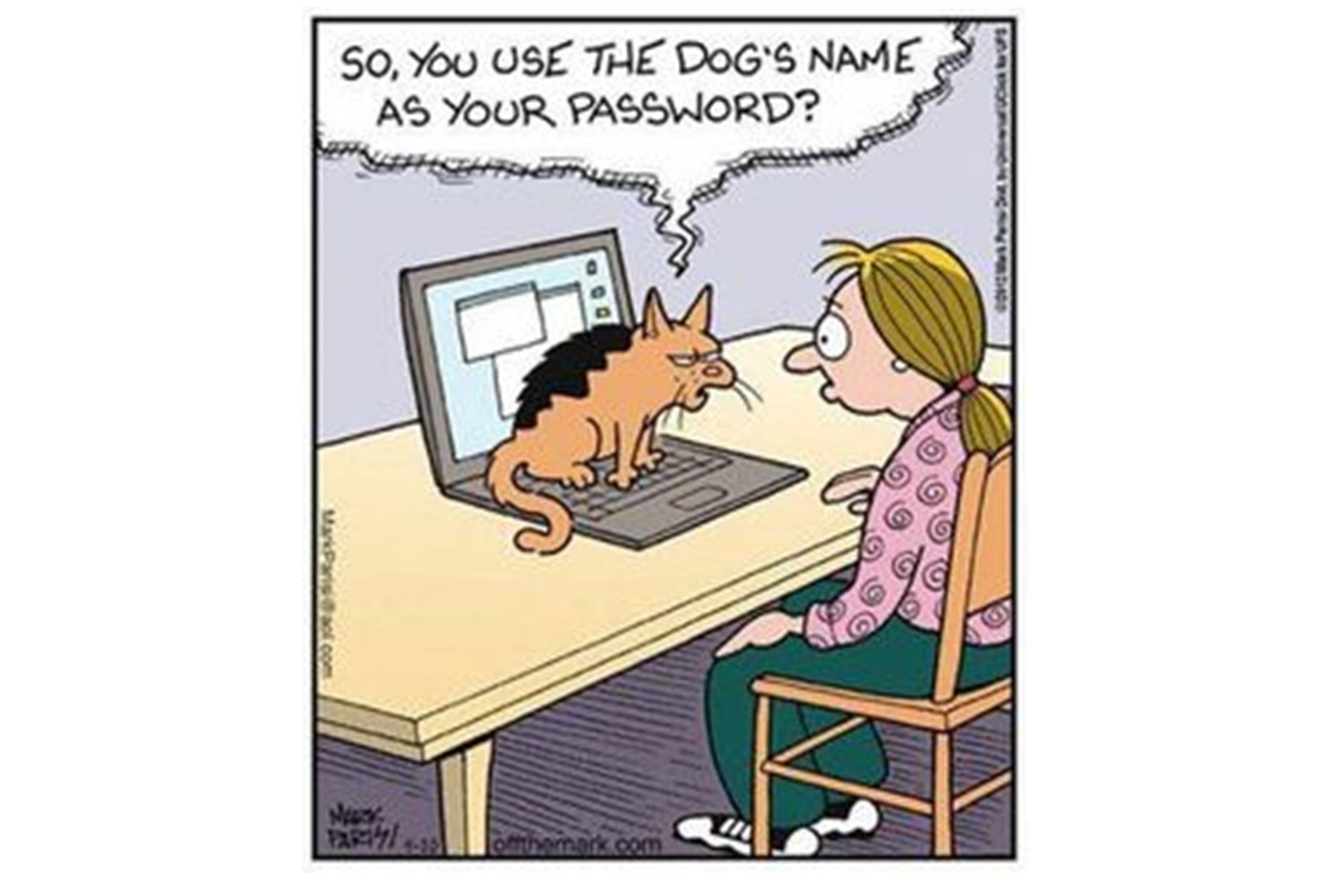 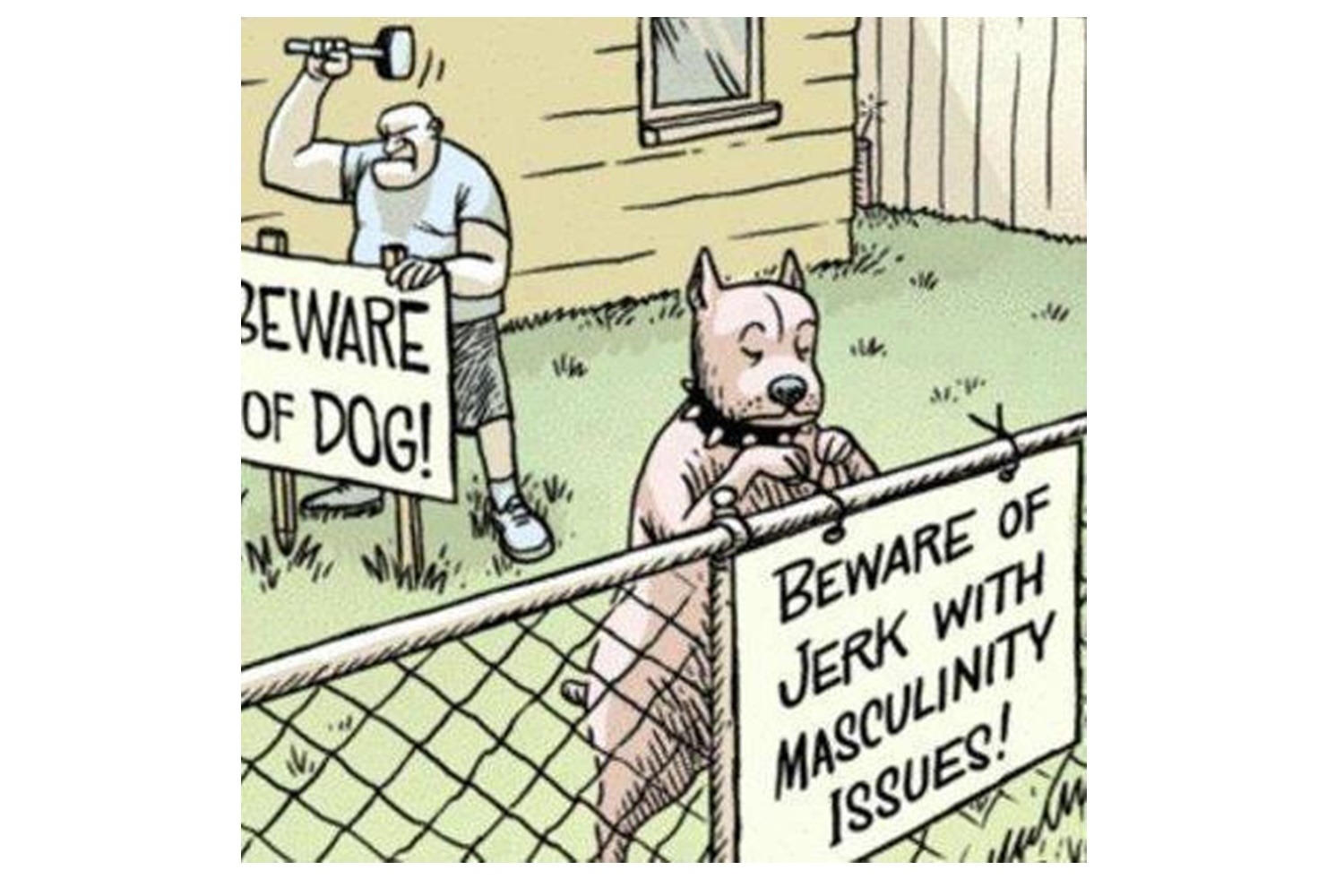 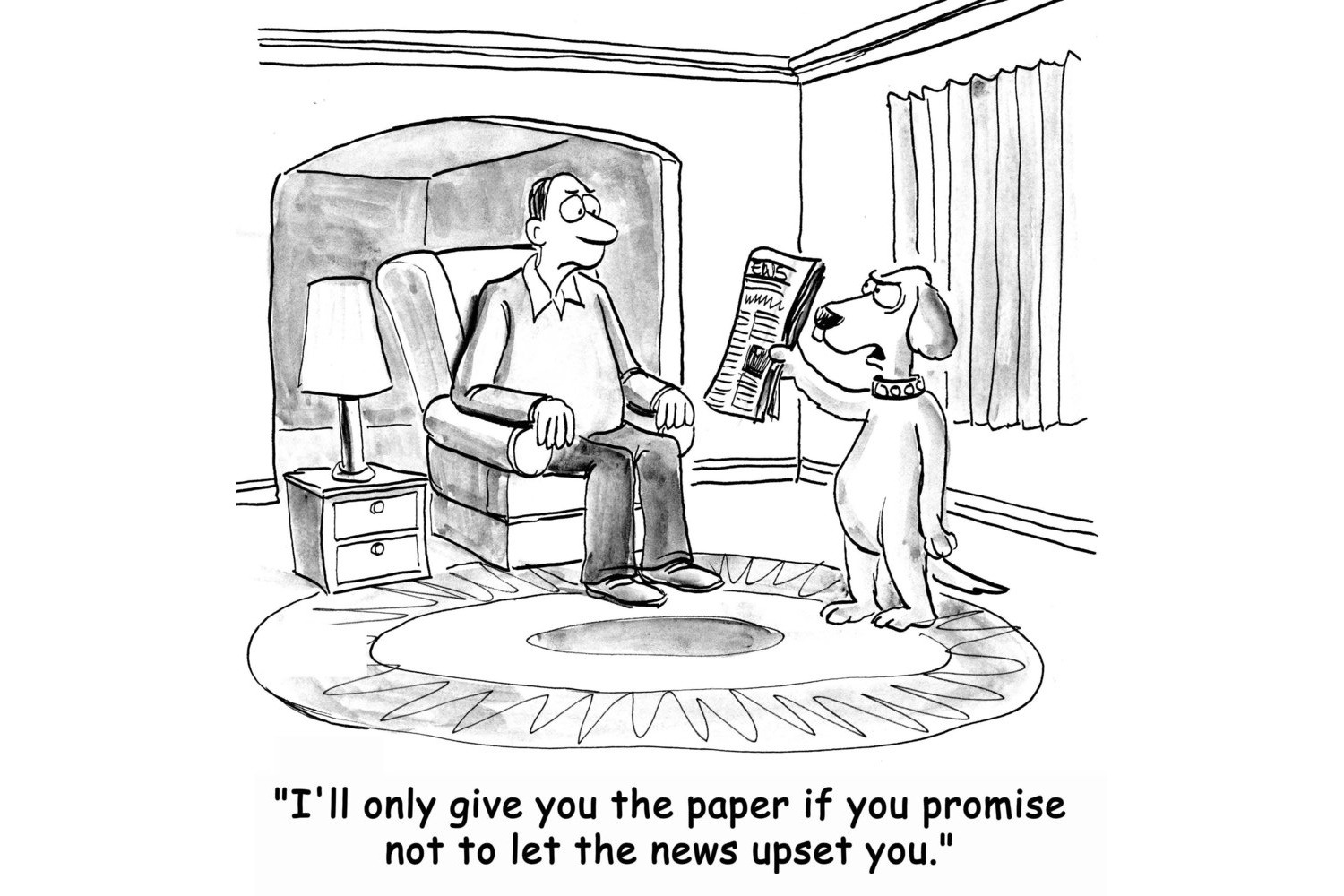 Welcome to the fifth edition. The cartoons above have a dog theme this week. Below are the written jokes plus three videos. As confinement is going to continue, please keep your jokes coming in to nick@rigby-jones.net . Thank you to all those who have contributed so far. Enjoy the jokes and keep your spirits up.

A teacher had part of his intestines removed. So his colleagues nicknamed him 'semicolon'.

A Mothers Union put a notice in the church porch, stating that the next meeting would be a talk by a Chiropodist on foot care. Someone wrote underneath:“Hell hath no fury like a woman’s corns”

Two ladies were talking together:“I thought I had met Mr Right” said one “until I found out his first name was Always”

A woman went to her garage and asked for a longer dipstick for her car..“Why?” asked the mechanic.“’’Because the one that I’ve got doesn’t reach the oil “ she replied.

Little Boy: “Mummy, I want to be like Daddy when I grow up'

Mother: “You can’t do both darling”

It is Sunday morning, and a mother is trying to rouse her son to get ready for church.The dialogue goes as follows:

MOTHER : “ Get up now. It’s nearly time for church.”SILENCE

SON (from bedroom) “Not going to church”

MOTHER “ Of course you’re going to church. We go to church every Sunday”

SON “Well, I am not going today”

MOTHER “ Why ever not”

SON “Because I don’t like the people there, and they don’t like me. Why should I go to church every week”

MOTHER : “ Because you are 35 years old and you are the vicar”

One afternoon, Adam went out for a walk with one of his sons, aged about 10. (I am not Abel to say which) They happened to pass the entrance to the Garden of Eden. “Hey Dad” said the little boy. “That’s a big place. Who lives there?”“ I don’t know who lives there now” replied Adam. “We used to live there until your mother ate us out of house and home “

Do you have feelings of inadequacy?

Do you suffer from shyness?

Do you wish you were a better conversationalist?

Do you sometimes wish you were more assertive?

Do you sometimes feel stressed?If you answered yes to any of these questions, ask your doctor or pharmacist about Cabernet Sauvignon.

Cabernet Sauvignon is the safe, natural way to feel better and more confident. It can help ease you out of your shyness and let you tell the world that you're ready and willing to do just about anything. You will notice the benefits of Cabernet Sauvignon almost immediately and, with a regimen of regular doses, you'll overcome obstacles that prevent you from living the life you want.

Shyness and awkwardness will be a thing of the past. You will discover talents you never knew you had.

Cabernet Sauvignon may not be right for everyone.

Women who are pregnant or nursing should not use it, but women who wouldn't mind nursing or becoming pregnant are encouraged to try it.Side Effects May Include:

The consumption of Cabernet Sauvignon may make you think you are whispering when you are not.

The consumption of Cabernet Sauvignon may cause you to tell your friends over and over again that you love them.

The consumption of Cabernet Sauvignon may cause you to think you can sing.

The consumption of Cabernet Sauvignon may create the illusion that you are tougher, smarter, faster and better looking than most people.

Chardonnay, Sauvignon Blanc, Pinot Grigio, Scotch, Vodka or Bourbon and of course Beer may be substituted for Cabernet Sauvignon, with similar results.

A surgeon, an engineer and a computer programmer were discussing which of theirs was the oldest profession. The surgeon said “Clearly surgery is the oldest. In the second chapter of Genesis, God anaesthetises Adam, and removes his rib to create Eve. Beat that!” “Easily” said the engineer, “in the first chapter of Genesis, God creates light out of darkness, and the universe out of chaos. That’s engineering!”The computer programmer smiled smugly. “Who do you think created the chaos?” he said.

A man forgot his wife's birthday. In a panic he rushed into a florists just as it was closing, hoping to buy a bunch of anemones, his wife's favourite flower, Unfortunately, the florist had sold out not only of anemones but of all other flowers. All she had left were some bunches of fern. However, seeing his distress, she offered to make an arrangement of these for nothing, an offer he had no alternative but to accept. Understandably, he was worried about the reception he would receive when he reached home. To his surprise and relief, she was absolutely delighted with the arrangement. As she said "With fronds like these , who needs anemones?"

Have you seen the new film about fracking which is breaking box office records?

It's called "Fifty Grades of Shale".

Many years ago, with a number of other English students, I attended a course in South East France. I rented a room from a woman who was a leading light in the local branch of the Communist Party. After that, I was known to my friends as "the French Left Woman' s Tenant"

A man goes into a pet shop. The dialogue goes as follows:

Customer: Good morning. I should like to buy a wasp.

Owner: I beg your pardon

Customer : Well, you had two in the window yesterday.

Following my recent holiday in France, I hope that readers will find useful the following phrases I learnt during my stay.